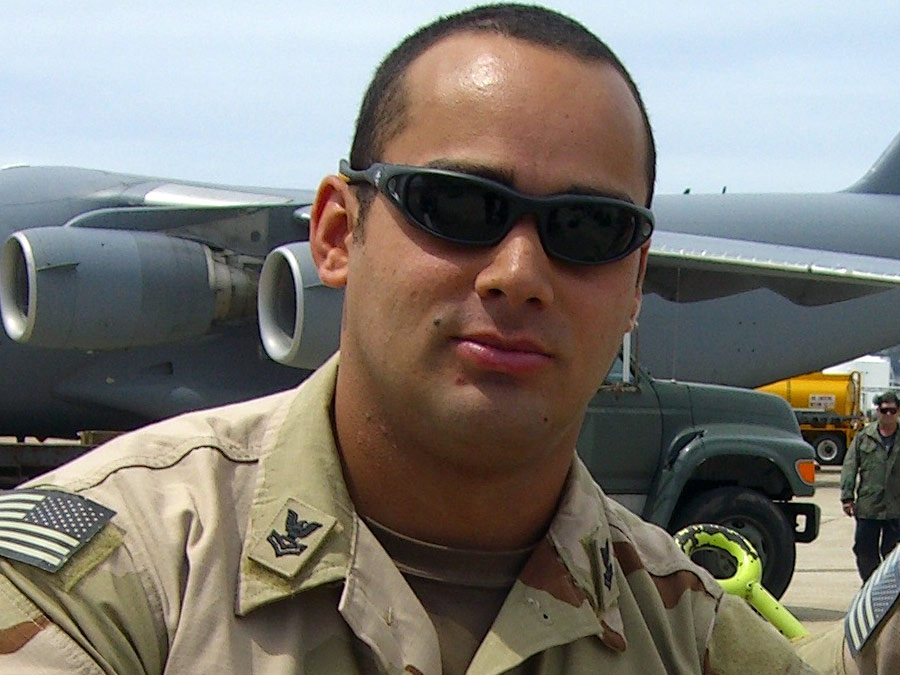 Marc Alan Lee was a United States Navy SEAL. He was the first SEAL to lose his life in Operation Iraqi Freedom when he was killed in a fierce firefight while on patrol against insurgents in Ramadi. Lee was posthumously awarded the Silver Star, the Bronze Star with Valor and the Purple Heart. On March 20, 2013, the Marc A. Lee Training Center building was dedicated at the Naval Amphibious Base Coronado.

Lee was portrayed by actor Luke Grimes in the 2014 film, American Sniper. Lee’s name was also shown on a badge hanging on the wall for tribute in the movie Lone Survivor.

Marc was born in Portland, Oregon and moved to Colorado when he was one year old with his mother, Debbie, and brother and sister. When he was seven, he and his family moved back to Hood River, Oregon. Lee was home-schooled until his Junior year and graduated from Baptist Christian School in 1996. In 1997, he moved to Colorado once again to pursue his dream of a career in professional soccer. He was scheduled for tryouts with the Colorado Rapids. In an indoor soccer match the night before tryouts, he blew out his knee requiring surgery on is ACL and meniscus. He attended The Master’s College in California with a major in Bible & Theology and played on their soccer team. In his 2nd year, he changed his major to Law. In May 2001, Lee went into the Navy with a contract to tryout for the SEALs.

He completed U.S Navy basic training at NTC Great Lakes, Illinois in July 2001 followed by Aviation Ordnanceman School at NATTC Pensacola, Florida in Oct 2001. Lee then reported to Basic Underwater Demolition/Sea, Air, Land (BUD/S) training at Coronado, California but dropped from the program and was reassigned to the aircraft carrier USS Eisenhower (CVN-69) from 2002 to March 2004. Lee attempted BUD/S again in 2004 and successfully graduated from class 251. After completing SEAL Qualification training in May 2005, Lee was assigned to SEAL Team THREE. Lee deployed to Iraq with Charlie Platoon, Task Unit Bruiser in May 2006 until he was killed in action in Ramadi on August 2, 2006.

Lee was the first Navy SEAL killed in combat during Operation Iraqi Freedom. A fellow SEAL Team 3 member, Ryan “Biggles” Job, was critically injured by a sniper and Lee single-handedly provided cover fire while other team members prepared Job for medical evacuation. The team re-engaged the enemy force after the evacuation of Job. Lee was mortally wounded when he exposed himself a third time to draw fire from enemy forces away from his teammates. For his action on the battlefield, Lee was posthumously awarded the Silver Star, the Bronze Star with Valor and the Purple Heart. His Silver Star citation reads:

The President of the United States of America takes pride in presenting the Silver Star (Posthumously) to Aviation Ordnanceman Second Class Marc Alan Lee, United States Navy, for conspicuous gallantry and intrepidity in action against the enemy as Assaulter and Automatic Weapons Gunner in Sea, Air, Land Team THREE (SEAL-3), Naval Special Warfare Task Group Arabian Peninsula in support of Operation IRAQI FREEDOM on 2 August 2006. Petty Officer Lee conducted clearance operations in South-Central Ramadi as a member of a Naval Special Warfare Combat Advisory element for the Iraqi Army. During the operation, one element member was wounded by enemy fire. The element completed the casualty evacuation, regrouped and returned onto the battlefield to continue the fight. Petty Officer Lee and his SEAL element maneuvered to assault an identified enemy position. He, his teammates, Bradley Fighting Vehicles and Abrams tanks engaged enemy positions with suppressive fire. During the assault, his team came under heavy enemy fire from an adjacent building to the north. To protect the lives of his teammates, he fearlessly exposed himself to direct enemy fire by engaging the enemy with his machine gun and was mortally wounded in the engagement. His brave actions in the line of fire saved the lives of many of his teammates. Petty Officer Lee’s courageous leadership, operational skill, and selfless dedication to duty, reflected great credit upon him and were in keeping with the highest traditions of the United States Naval Service. Action Date: August 2, 2006

Marc came home one day his freshmen year and announced that he was going to be a professional soccer player. I have always taught my children that if you put your mind to it you can accomplish anything. When he told me that I had a pause in my heart as Marc had never played soccer in his life.  I took a deep breath and reminded him of that and told him he would have to work extra hard to make that happen. Marc was awarded most improved soccer player, he became the youngest soccer coach his high school ever had, and was in fact trying out for the Colorado Rapids. He blew his knee out playing soccer the night before tryouts. He had to return home for surgery. He had his ACL repaired and half of his meniscus removed. He went on to become a Navy SEAL in spite of that. Three years ago the Colorado Rapids reached out and presented me with Marc’s team jersey. He met his goal even though it was honorary!