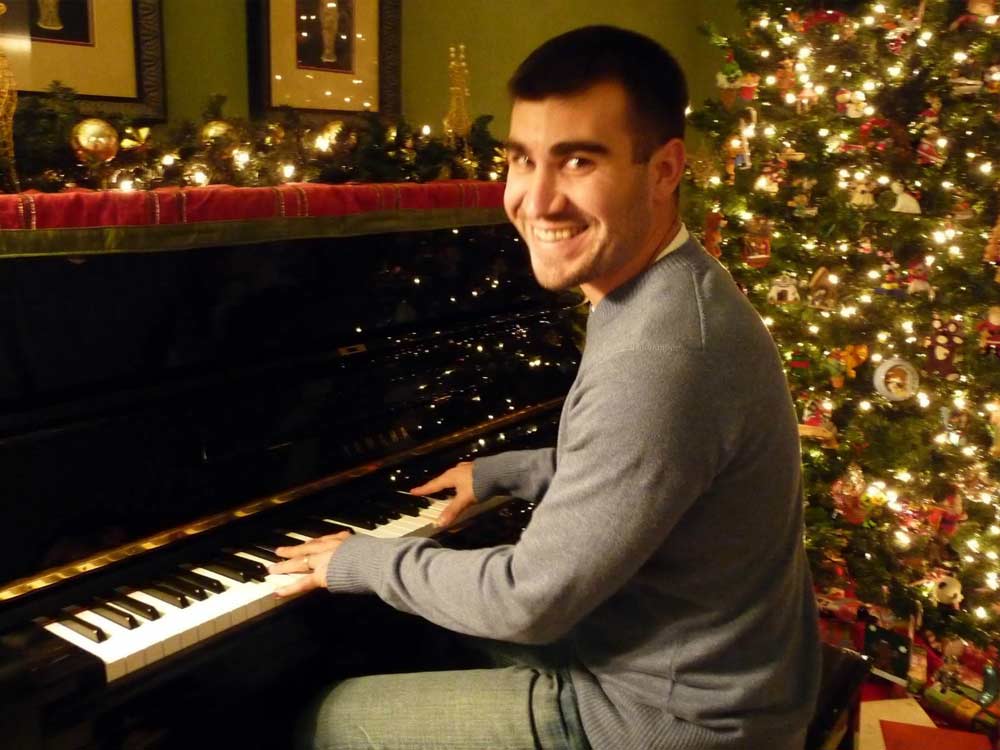 Staff Sergeant Brian Francis Piercy thrived in the Army. He was known as a calm, composed and observant leader with a huge heart and an unyielding commitment to his soldiers. His leadership skills and attention to detail accelerated his rapid promotion to the rank of Staff Sergeant. On his second and final deployment, Brian was in the Arghandab River Valley of Afghanistan. He was killed on July 19, 2010 while leading his squad on a dismounted patrol.

Brian was an active little boy with a big imagination. When he was five years old we moved to a home where our backyard had a trampoline, a swimming pool, a fort elevated on stilts, and plenty of room to run and play. In the hot summer months, Brian would spend hours playing with action figures on the steps of our pool or in the shade under the trampoline. His bunk bed often had string hanging from various posts, used to swing or rappel his action heroes. Brian also loved spending time at our cabin playing in the woods and on the giant granite boulders on the property. He and his brothers would play outside for hours at a time running, hiding and pretending to rappel down the rocks with ropes. They created adventures of hunting orcs, slaying mountain lions, and sometimes even flying to other planets to conquer them and rule them as kings.

When Brian was nine years old, he approached us about taking piano lessons. Since we did not own a piano at the time, I did not take his request seriously at first. But after six months of him asking for lessons, Brian had his first lesson with his wonderful teacher. On his first day of lessons, she emphasized repeatedly that Brian “must practice every day for 30 minutes.” When we got back into the car after his lesson that day he asked, “Mom, why can’t I practice more than 30 minutes?” We laughed about that for years! Brian enjoyed practicing every day and never complained. Because he was young and small for his age, Brian had to place several carpet squares on top of the piano bench in order to position his body so that his arms were at the right position for playing. I remember so fondly watching him joyfully play while his little legs, too short to reach the floor, swung back and forth to the music he created. When Brian was in high school and taking more challenging courses, he often took breaks in the middle of his evening study sessions by playing a few songs on the piano for relaxation. It was also in high school that Brian began focusing on jazz, taking an additional lesson each week from a teacher who specialized in jazz. It was then that he began creating his own music. His first big purchase after arriving at Fort Bragg was a keyboard. Oh, how he missed his piano back home! Each time he came home on leave, Brian would say a quick “hello”, then gravitate almost immediately to his piano. Brian loved creating music and everyone loved listening to him play.

Brian thrived in the Army. His leadership skills and attention to detail accelerated his rapid promotion to the rank of Staff Sergeant. He was known as a calm, composed, and observant leader with a huge heart and an unyielding commitment to his soldiers. The men who served under him in Weapons Squad say that Brian instilled in them a sense of family that was the envy of others in their platoon. On his second and final deployment, Brian was in the Arghandab River Valley of Afghanistan. He was killed on July 19, 2010 while leading his squad on a dismounted patrol.